A few days ago I painted new KD girlю
Her name is Fade and she has the newborn child. It is so tiny and sweet-sweet-sweet! It was funny to paint his so small face. 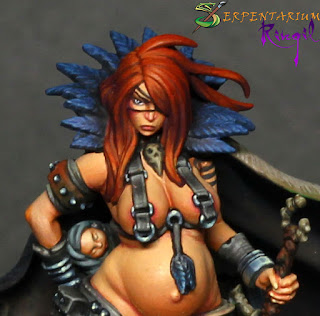 We are returned! Sigismund and Abaddon close ups 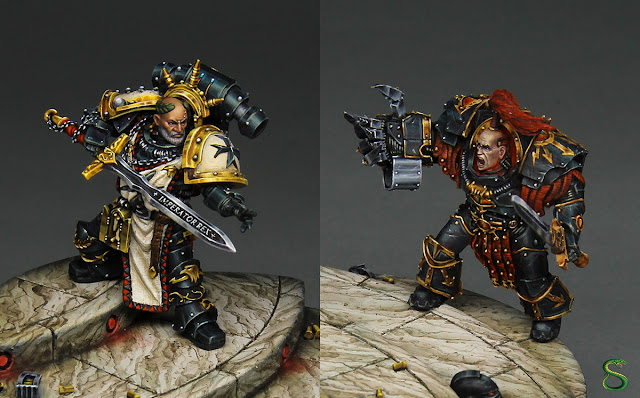 Some Abaddon and Sigismund close up photos from "We are returned!" duel. I hope you see difference it their paint schemes. I tried to do Sigismund more bright and clear using the white (ivory) and gold NMM in his color. Abaddon is contrary darker and more aggressive by using reds and bronze/copper NMM. 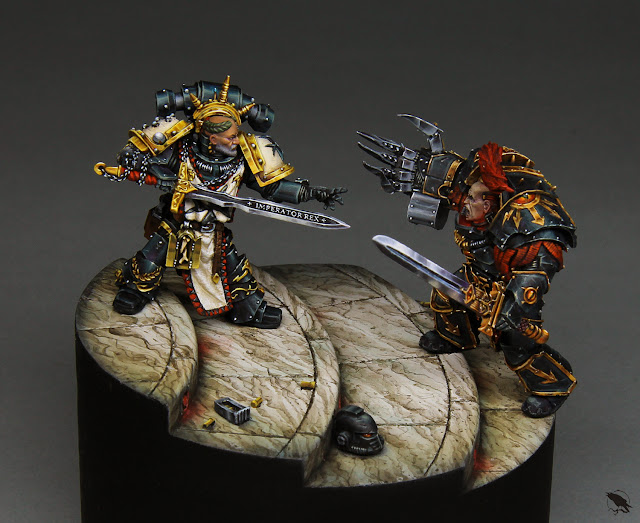 the Red Crow in the yellow pack 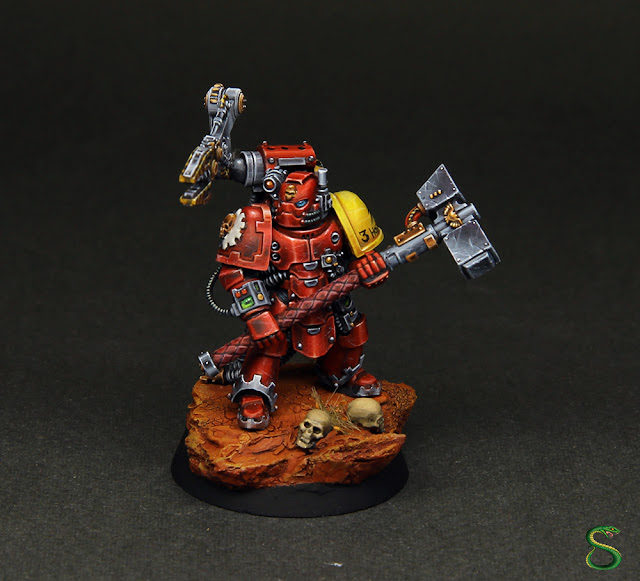 Techmarine "Red Crow" Harkane of the Marines Malevolent 3rd Company. That was a great pleasure to do a this techmarine conversion. Also I am very glad to test my "Red metallic" armor scheme one more time.

Read more »
Posted by Ravenswood at 11:52 No comments: 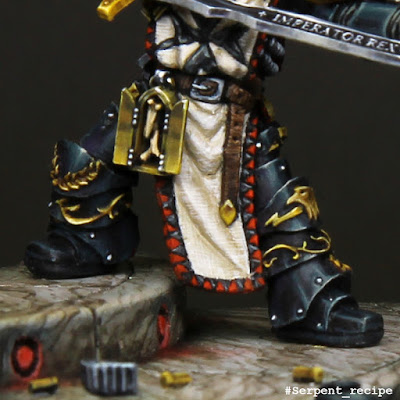 The time of Friday's painting recipes! I already wrote about my experiments with black on the example of Krieg's engineer (https://serpentarium-painting.blogspot.com/2018/05/paint-it-black.html), but for Sigismund I decided to try something new. I needed a brighter and more contrasting version of black.

When the mixture began to go strongly into turquoise, I began to add a first Sky Blue (Pacific88 Art-Color), and then Iraqui Sand (Vallejo Model Color)

Since the armor was painted as "black metallic", that is, according to the principles of the NMM, I took a mixture of black and FT, for reflexes, much more turquoise.

Also, to increase the contrast, I walked through the shadows with a liquid diluted black paint, and also made light glazes Hexed Lichen (Vallejo Game Color). 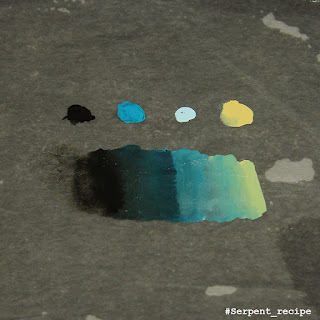 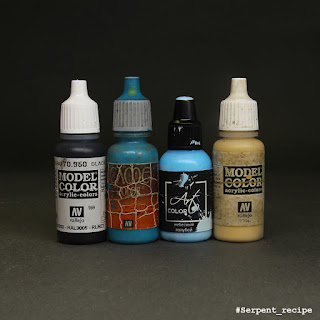 Posted by Ravenswood at 12:47 No comments: 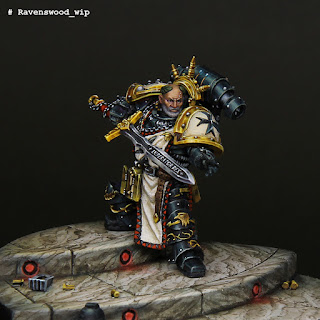 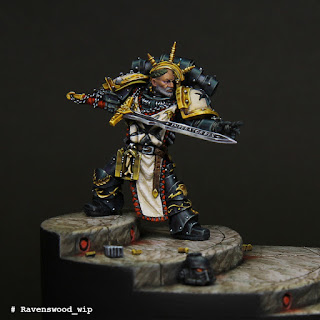 Posted by Ravenswood at 12:32 No comments: 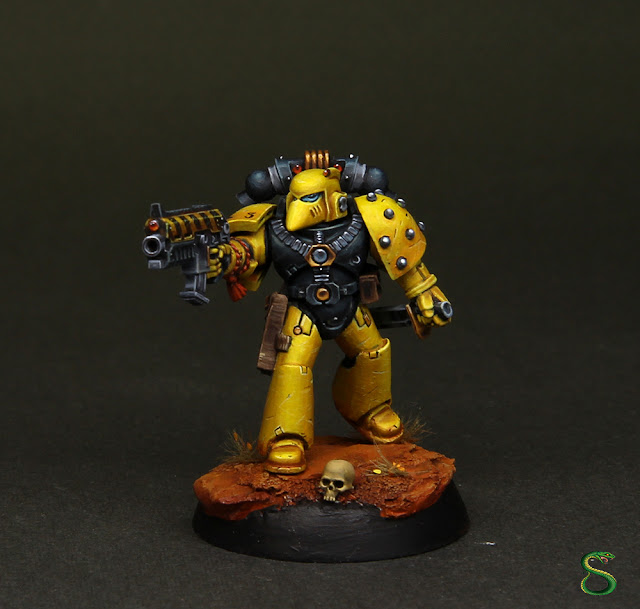 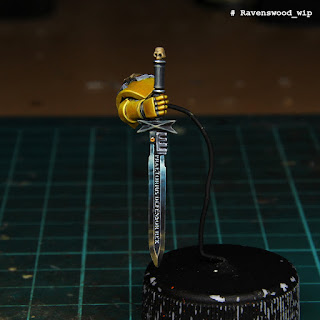 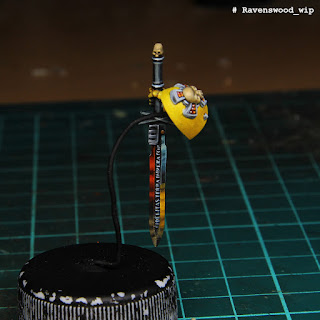 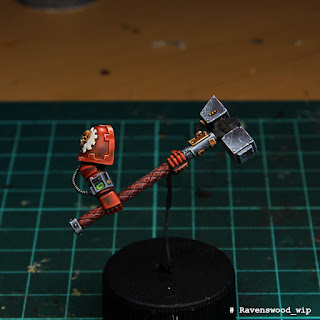 Posted by Ravenswood at 23:12 No comments: