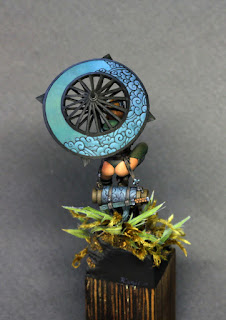 Finally, I did pictures )))
I painted Greyfax a few months ago. At first she was a little bit pinker than I e[pected while painted her. So I needed some more time to do her armor redder. I will post some photo with early version later.
There are a few small conversions. I lost her left arm while I was cutting mold lines, so I took arm from old metal Sister of battle canoness. Also I filled the hollows on her coat with epoxy putty and leveled it. (I don't like some "built-in" freehands)
Hope you like her!
This miniature is for sale. (pm me to ainagozmf  () gmail.com ) 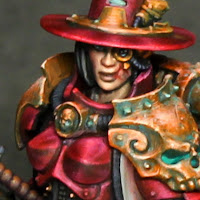 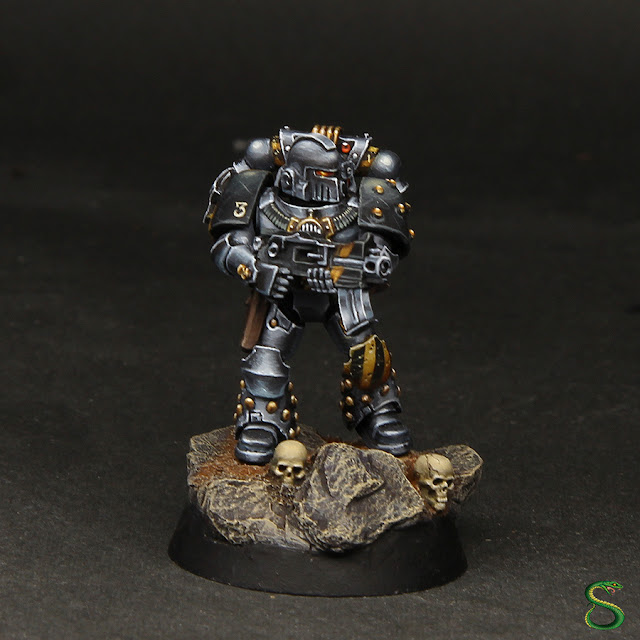 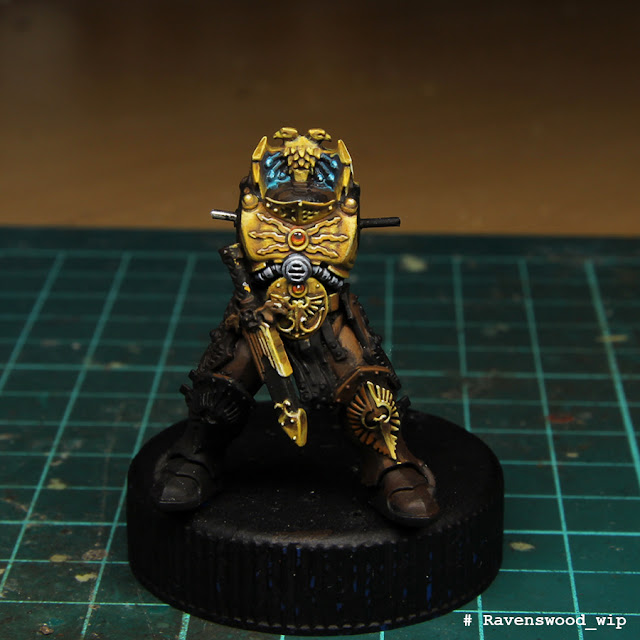 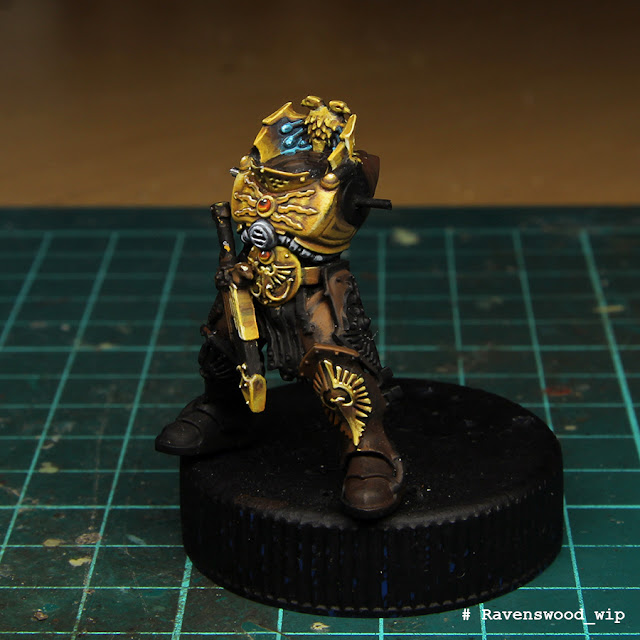 Some more golden NMM study on the training Custodes. I am still in the process of establishing new color recipe for gold NMM. This one a bit looks too yellow and I'll try to add more orange and red into this scheme.
Posted by Ravenswood at 22:10 No comments: