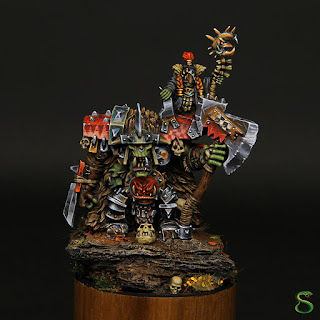 Grumlok & Gazbag is a very strange miniature. Honestly it more looks like the brick of the white metal mocking up the orc and the goblin. Also is is one of the kind of the "flat" miniatures where only two informative views exist. So there is only front and rear pictures and a face close up to see the watching eye.

Read more »
Posted by Ravenswood at 01:33 No comments: 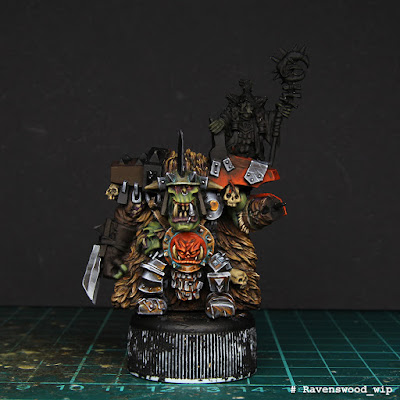 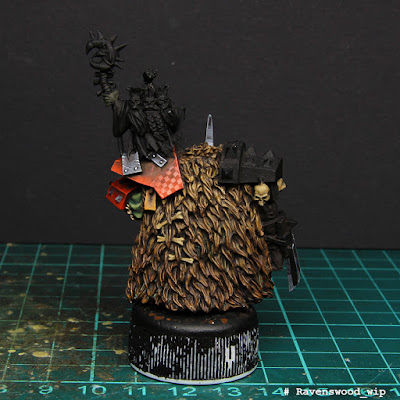 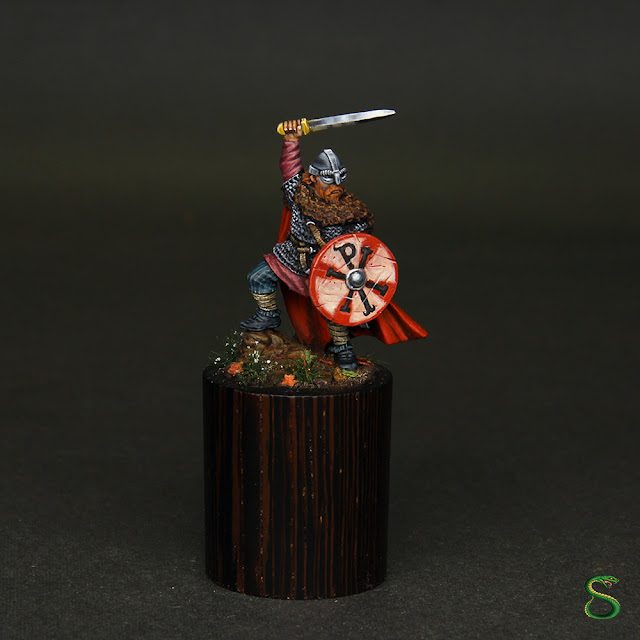 Read more »
Posted by Ravenswood at 10:00 No comments: 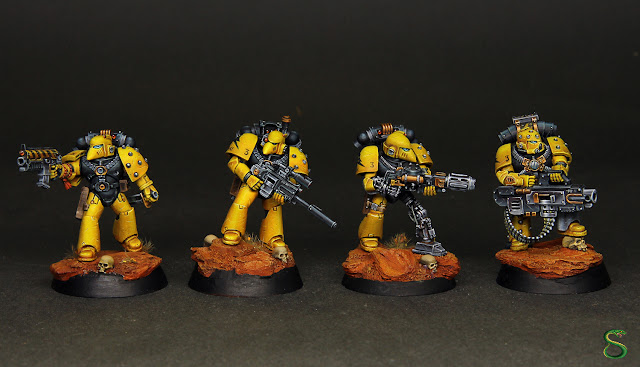 Part one: the charaters

Read more »
Posted by Ravenswood at 16:22 No comments: 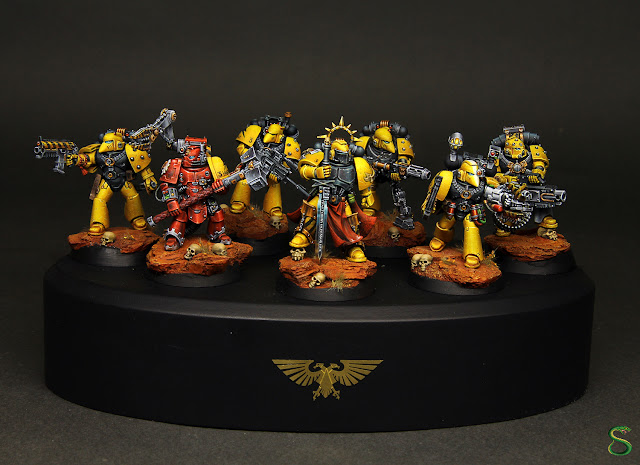 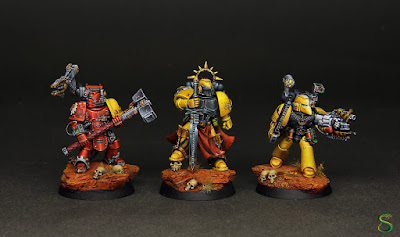 Read more »
Posted by Ravenswood at 16:07 No comments: 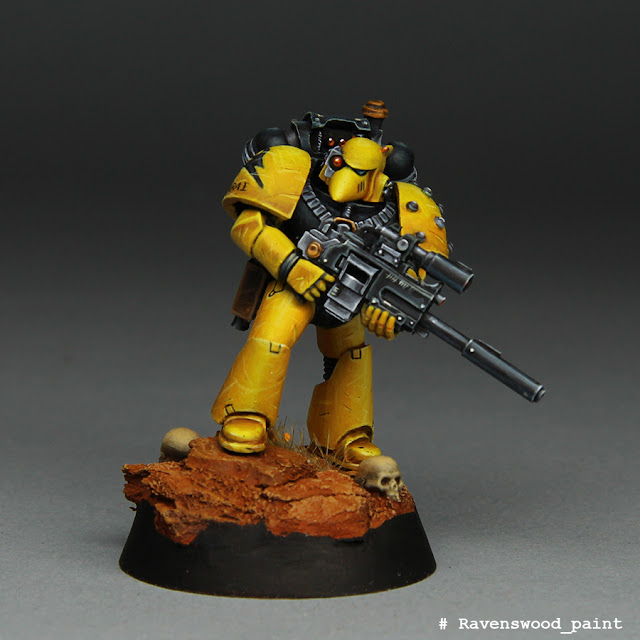 When painting the Marines Malevolent, I encountered a small problem: the way I paint usually was not suitable for painting yellow armor. Usually I go from dark to light through a lot of layers, but in this case it gave a sad result, since yellow is very difficult to work with. I tried to go from light to dark, but it gave too little depth and color saturation.

In the end, I decided on the method used by a fairly large number of painters: I did a contrasting underpainting and then painted on it.
So, at first, I covered the black undercoat with a layer of Khaki (Vallejo Game Color) [Fig. 1] and then made base mixes for underpainting. For this purpose I used Brown, Dark Tangerine and Yellow from Pacific88 Art-Color. 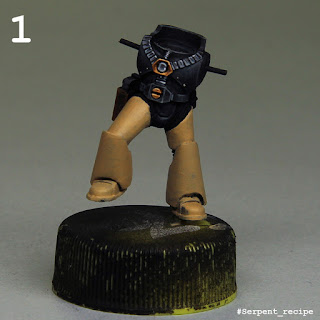 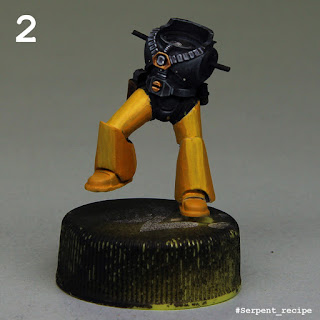 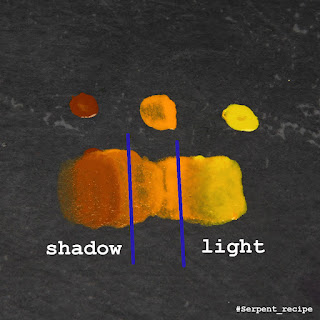 The next task was to make the transitions smoother. I started with light areas. For this, I first made a few glazes with a mixture of yellow and dark tangerine made several openings on the borders of the underpainting to blur them. After that, I used pure yellow to brighten the lightest areas, and finally all those openings blurred the boundaries remaining after the highlighting [Fig. 3] 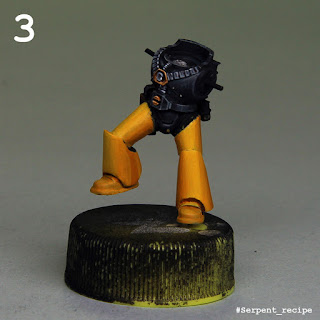 Then I started to use shadows in a similar manner, only using brown and dark tangerine with different proportions for glazing. [Fig. 4] 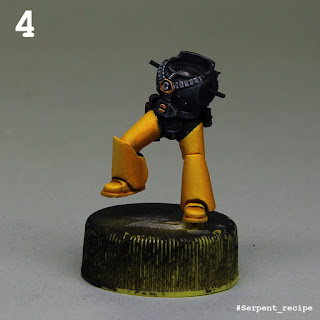 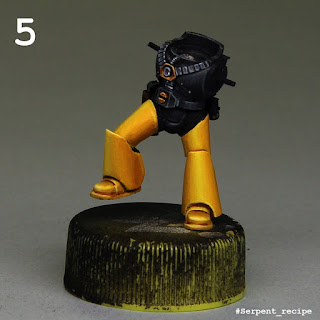 And, finally, I drew additional details of black and battle damage by the brown and a mixture of yellow and pearly white [Fig. 6] 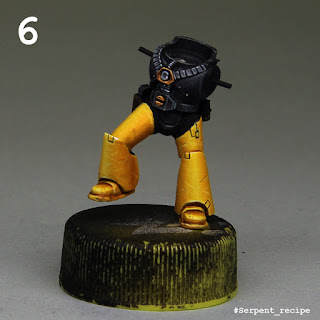 For reference, a color track and used colors are attached. And as bonus for whom who don't have a P88 paints: the alternative variant with more common paints used. It do a little less color depth but looks very similar. 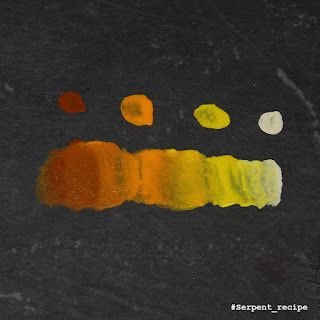 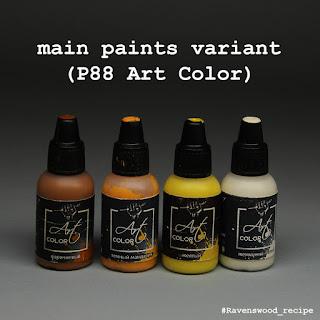 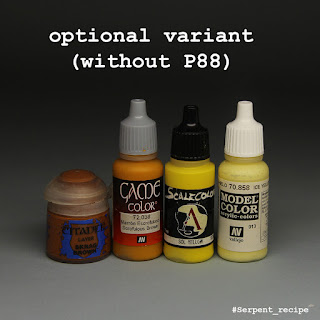 And again new one Kingdom death miniature - Forsaker pinup.
I painted her skintone with some red color. It reminds me red clay pot )))
Also you can find easy step-by-step for fur effect imitation on a flat surface. You need a brush with a sharp tip (wet condition) only.