A little bit about painting black on the Engineer of Krieg.

As you know, there has three variations of black tones: warm, cold and conditionally neutral. In this miniature, three versions of cold black were used, their differences should show the difference in the materials that they imitate.


The base for a matte black color armor was a mixture of Black and Dark Sea Blue (both Vallejo Model Color). Further, the armor was highlighted with the addition of a small amount of Dark Sea Blue, and then almost to the pure Iraqui Sand (Vallejo Model Color). I deliberately did not make a strong contrast when painting the armor to show the matt and worn surface of the armor. A warmer tone of highlights (thanks to Iraqui Sand) was needed in order to visually separate the armor from clothing and weapons. 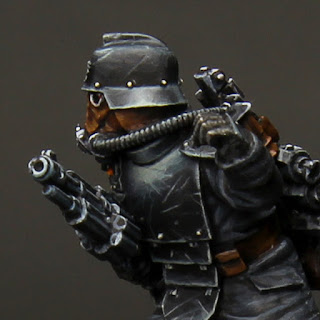 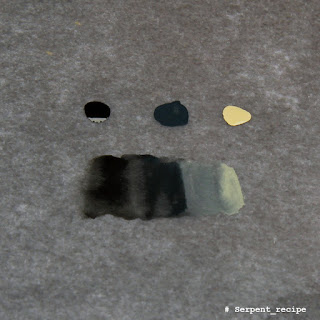 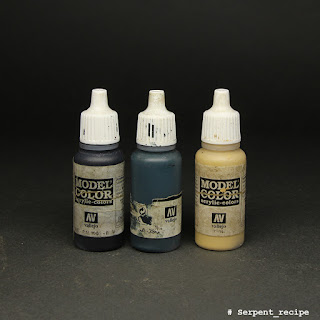 The second version of black was used for painting a  Big Black Shotgun. I added a little bit of Andrea Blue (Vallejo Model Color) to the mixture of Black and Dark Sea Blue and highlighted it to pure white. Here I made a strong contrast to achieve a greater glare effect, and added bluish reflexes to further visually separate the shotgun from the armor. 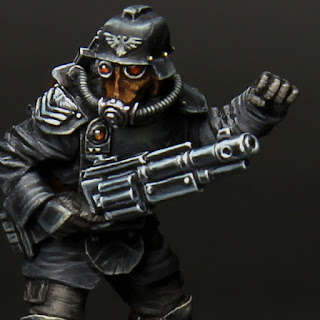 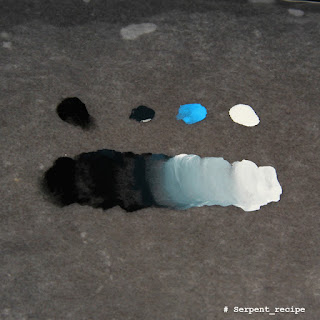 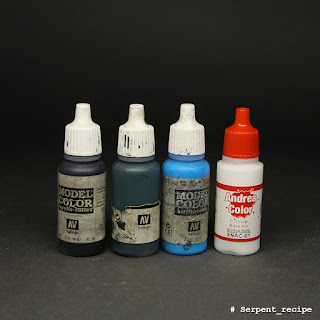 For matte clothes, I chose the mixture of Flat Black (Andrea Color) and Cantabric Blue (Scalecolor) and highlighted it up by first adding a bit of Marengo (Pacific88 Art Color) and then Pearl White (Pacific88 Art Color). Here, the most matte paints (in contrast to Vallejo) were deliberately taken, and slightly more careless highlights were made to show the texture of the material. 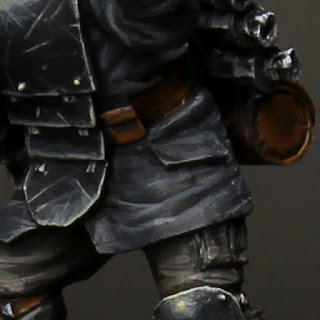 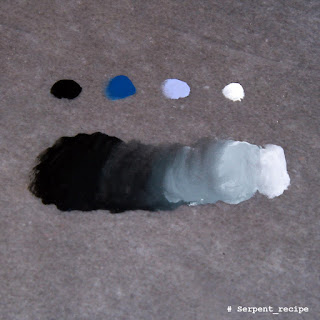 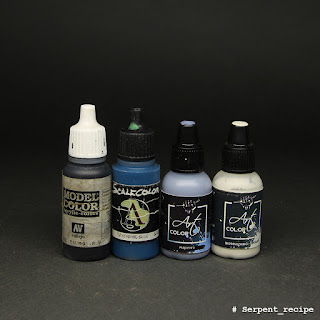 Despite the fact that all three of the above recipes are cold black, they are quite different in degree of coldness in order to give a contrast of the warmth of the shades with each other. Also, the difference in the contrast and "smoothness" of the painting allows you to visually divide the materials of the parts and surfaces of the miniature, which, I hope, I managed to achieve.