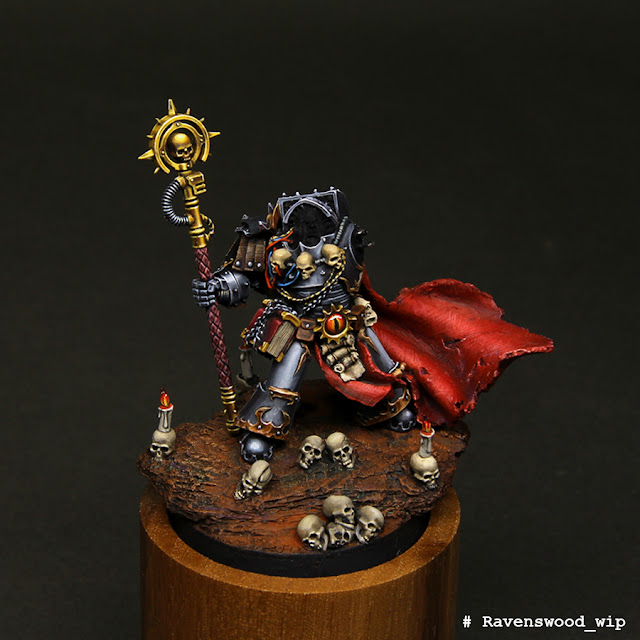 Since I have repeatedly written about working with reds in previous projects, I'll just describe the used colors and techniques. On this model I used two variants of red, warm on a cloak and a tabard and a cold red-magenta on a book and a staff. 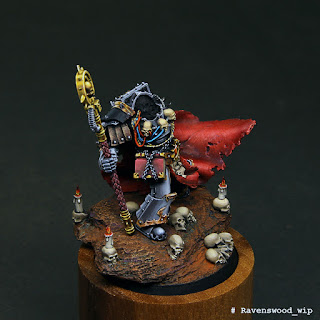 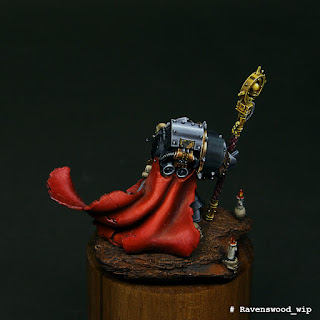 The red cloak was painted in three stages:
1. Highlights. The base layer was a mixture of black and Scarlet Red (VGC), which was lightened with DarkVermillion (VMC), almost to the pure. After that I added to the mix first Scarlet (VMC), and then Iraqui Sand (VMC). Do not be afraid if the highlighting turned out to be somewhat pink, it will change in subsequent stages. I used exactly the Scalecolor black to get more matt painting in total. 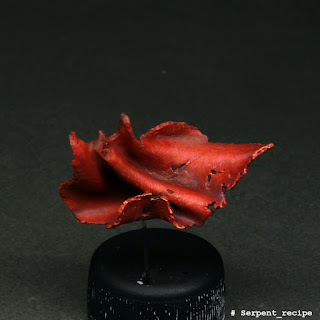 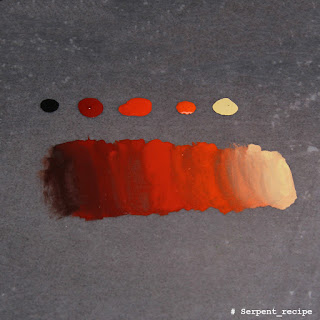 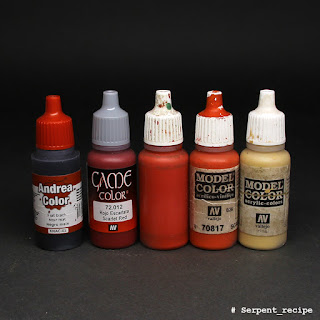 2. Textures. The texture of the fabric was drawn using a large number of intersecting thin lines. In the most illuminated place, I drew a line with the shifts of Scarlet and Iraqui Sand, in less lit - pure Scarlet. It should be noted that at this stage the texture can look very contrasting compared to the lightening. 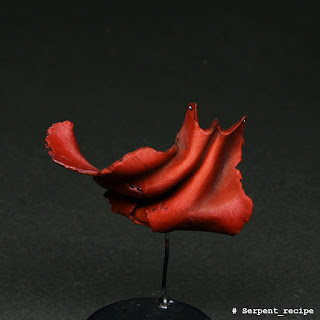 3. Glazing. The goal of the glazes in this case is to give the entire cloak the reddish color (and minimize the amount of pink) and "fit" the texture into the cloak itself. In addition, since I used Scalecolor paints to glaze, I managed to mute some gloss of Vallejo paints. For glazing I used Flat Red (Scalecolor) for the lightest areas, "Burgundy Red" (Pacific88Art-Color) for medium tones and Hexed Lichen (VGC) in the shadows.


If necessary, after glazing, you can restore the highlight and texture if the glazing is too hard to hide them. 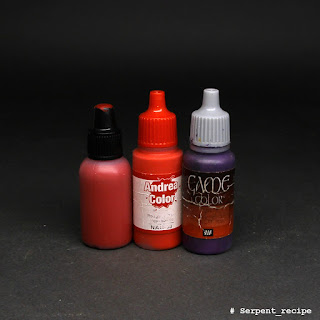 For the book as a base color, I used "FleshShadow 2" (hereinafter Pacific88Art-Color), which highlighted when adding a bit of "Burgundy Red" and then "Telemagenta". At the last stages a little "sandy pale" was added to the mixture. After the highlights were finished, I made a small glaze on Hexed Lichen (VGC) 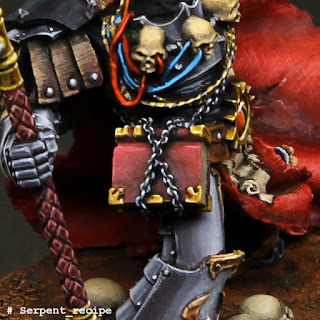 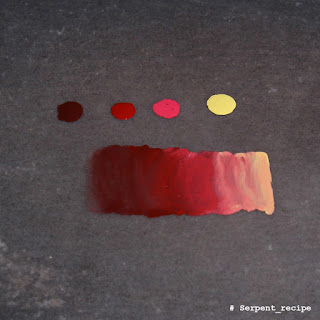 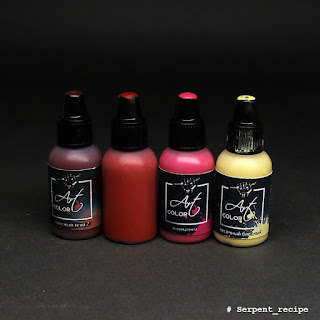 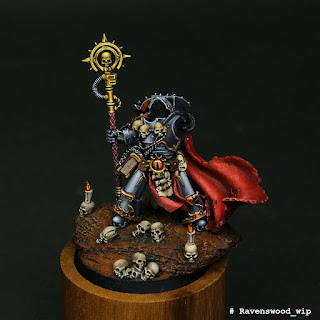