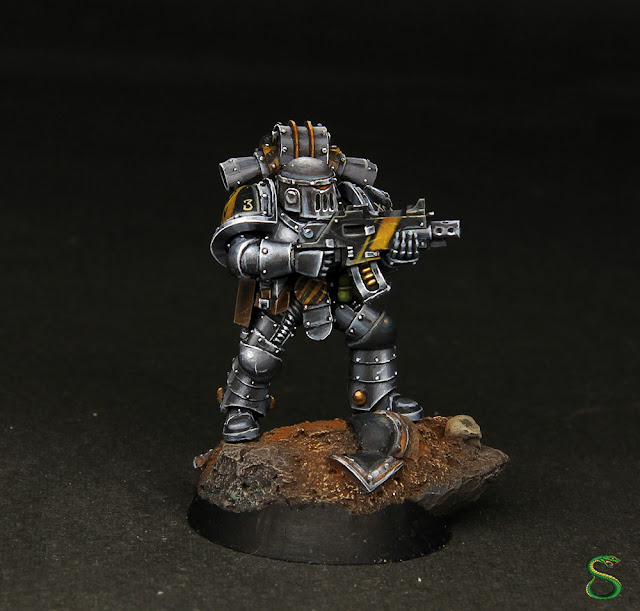 Legionnaire Teur is an example of the Iron Warriors. Just a faceless killing machine, without any  remarkable features. But he is survive long enough to get an appointment to the third company. Born on a same planet as veteran sergeant Teron so he would be the first candidate to lead squad if Teron become the centurion.

One more Iron Warriors legionnaire attached to the XCV Grand Battalion. Second in this year and third to the current Tactical Squad. I think there is a visible step forward in quality thanks to the experiments with maodern style of the NMM 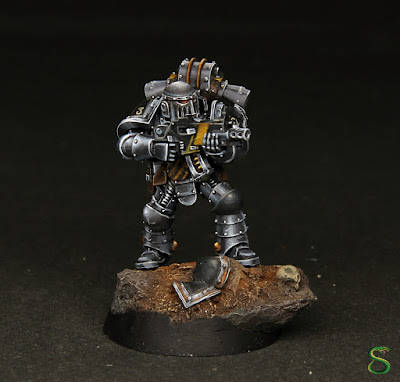 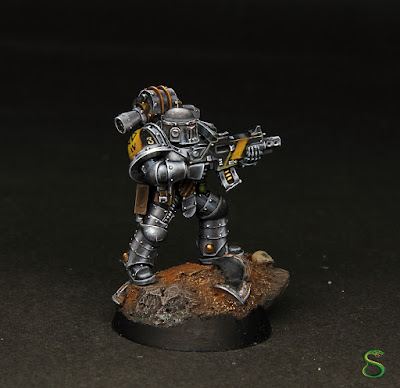 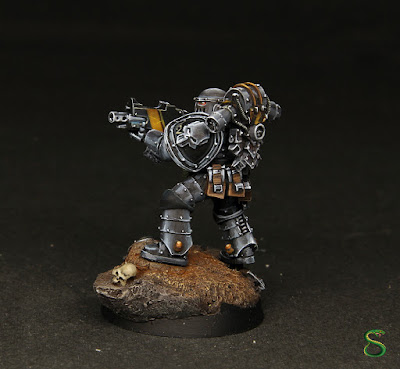 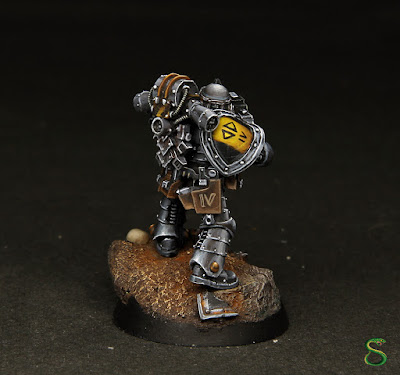