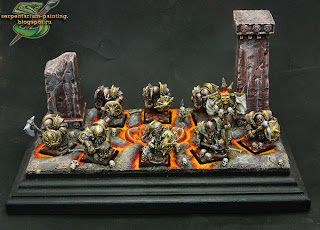 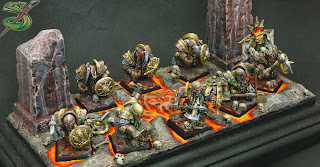 I painted this unit for my Chaos Dwarf army. For a year I painted 11 miniatures, 8 of which I used to work for the competition Hussar 2014.
I tried to make them brighter than the dwarves from the first group, which slightly changed the color scheme. I used Scrofulous Brown instead Calthan Brown in "Bronze" HMM, and added more orange to black in the early stages of highlighting.
Also I added lava on the base to make the model more visually brighter. And lava on the bases defined selection for the general idea of regimental base. Unfortunately, due to the mistakes in time management, I did not have time do it as best as I can. In the end it happened how it happened.

I won nothing with this unit on Hussar 2014, just passed to final. Anyway I think it was good work and good experience for the future. 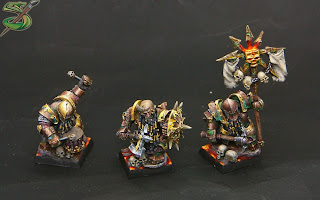 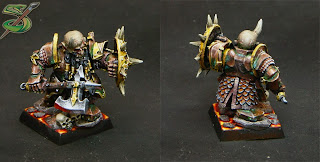 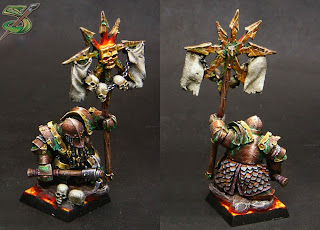 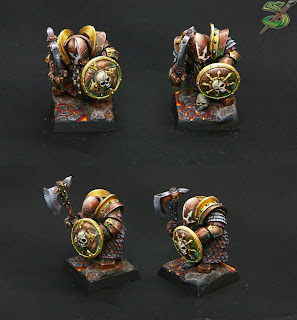